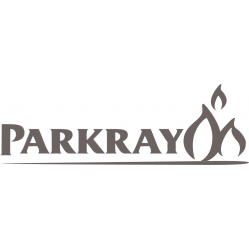 Today the Parkray brand name is owned by Hunter Stoves, who are based in Exeter, Devon. Under the Parkray name, Hunter manufacture and supply wood and multifuel stoves alongside their other brand name stoves. Prior to Hunter Stoves, Parkray were owned by Hepworth Heating, following the acquisition of Tube Investments' home heating division, which as well as Parkray, included Glow-worm central heating boilers, in 1987. Prior to this, Parkray products were made by a company called Radiation, who in the late 1960's were taken over by Tube Investments.

We stock a large number of Parkray spare parts, for older models such as Consort, Chiltern, Chevin, Cumbria and the 88, 99 and 111 models, and as an authorised Parkray stove dealer, we also supply parts for free standing stoves such as the Consort, Slimline and Derwent, including both single sided double sided stove models. From fire bars to stove door glass, and ashpans to thermostats, you can be confident that PHC will have the Parkray part that you need in stock.